Thanks. Let the Lord God put your soul in eternal life, Queen of England, rest in peace. Amen

“Indeed, it is just recently that Kakamega discovered Gold worth 3 Trillion USD as reported. This would add to the known deposits of Gold, Diamond and Cobalt in the Lake Basin Area (Macalda, Ikolomani, Kibigori etc) and was being solely exploited by the British government under the Queen.”

African leaders, their souls, spirits, and ghosts worked only 8 days after the annulment, oduru ululation in West Mister Abe.

The teams of Oyeng Yeng online Publications have been investigating President Uhuru Kenyatta and his close associates if they have hand in the failed attempts by Raila Odinga losses in the just August 9, 2022 Presidential and Parliamentary polls.

However, “Even President Uhuru Kenyatta and the Kenyans balloners both in Nairobi City and Mombasa City who all of them were waiting and sure that the Kenya Supreme High Court verdict was pro Raila, were shocked two hours before the court ruling. President Uhuru Kenyatta’s hand was tied, because he was sure of the win of Raila Odinga.” Sources revealed.

The Lou’s Kikuyu allies worldwide put their ears on the ground, but equally disappointed. Although, during the hot pursuit of voter hunting, one-time President Uhuru Kenyatta spoke in Kikuyu language, that failed the rest of us to know what that means, but the power that was behind Ruto was overwhelming, because they were working behind the curtain.

This is not the first time the Kalengin kin man was used by the CIA, in 11960s, the then Arab Moi who was one of the pro Kenya independent forces uttered a statement that Kenyans White settlers will never enjoy the land grabbing, and that statement alone. Made Arab Moi to become Kenya Vice President.

(Detail of how vote rigging was witnessed, was planned by William Samoeri Rutto, but by the British, American and EU Billionaire)

“The vote rigging we witnessed was not planned by William Samoei Ruto but by the British, American and EU Billionaire Mine Owners supported by their respective governments. It is not a war against Raila Odinga but against Africa Renascence through its Pan-African leaders led by  RAO who has an impressive number of personal friends at top African leadership compared to any other leader known and can therefore mount a serious campaign to unite Africa for development.

The interest in Minerals deposits in South Sudan, DRC, Angola and Kenya (Western parts, Ukambani etc) coupled with the recent political developments in the said areas showing Pan-African leadership and friendship emerge among leaders (Raila, Tshitshekedi, Riek Machar, Salva Kirr, Ramaphosa among others) is a threat to the Billionaires mentioned above.

You will remember that through a statement dated Wednesday, June 15 2022, President Uhuru called for the activation of the East African Regional Force under the auspices of the East African Community (EAC) to be deployed to the Ituri, North Kivu and South Kivu provinces to immediately stabilize the zone and enforce peace in support of the DRC security forces and in close coordination with MONUSCO.

.This was to help protect the mines in DRC that were exploited by the colonizers by destabilizing those areas and this has angered the Billionaires and their governments as that is a threat to the continued exploitation of the minerals in DRC and a recipe for South Sudan, Angola, and Kenya to have well trained troops to defend their mines under the leadership of a Pan-African Leader called Raila Amolo Odinga.

Indeed, it is just recently that Kakamega discovered Gold worth 3 Trillion USD as reported. This would add to the known deposits of Gold, Diamond and Cobalt in the Lake Basin Area (Macalda, Ikolomani, Kibigori etc) and was being solely exploited by the British government under the Queen.

A specific American firm –  Palladium International LLC) with USAID support has been in the forefront posing as investment and business advisors to eight (8) county governments they baptized as Prosper Counties in Kenya and these include, Kakamega and Mombasa where elections were postponed with the help of Americans and British to try and have them captured and controlled by UDA, Nakuru and Kiambu where UDA “captured”, Isiolo whose leaders have had a fair share of back and forth on who to support, Makueni whose governor was just persuaded by Americans and British to join UDA after being in the Think Tank of Azimio all this while hence his knowledge of the Azimio plans as a spy and Kisumu and Homa Bay which Americans and the British could not penetrate but tried and will still continue to try to control going forward.

Ask yourself the interest of a Billionaire from America in being posted as Ambassador in Kenya just when elections are to be held with her first duty to “observe” the elections to the extent of pushing for results to be read.

Indeed, through the American firm mentioned above, funds are essentially being channelled for campaign and sabotage for candidates from Presidential to MCA levels Kenya through selected choice companies pretending to be doing work but which work, they are not able to show or justify (evidence available).

The said company would easily sack its Black African employees in Kenya living with the White Head who evidently has a different instruction on what to do in Kenya and threatens everyone that he is CIA.

The sacked Black Africans say that complaint to the Office of the Inspector General – USA, yields no response not even acknowledgement of receipt of complaint (joined in the hip?).

The rigging plan has been so elaborate such that if the scheme failed and Raila is elected president, the number of MPs and MCAs would be enough to make Raila and selected governors to be impeached.

What is going on in Kenya today is a coup by the British and Americans against the people of Africa so as to control the minerals in Africa just like the Americans did in Zaire by toppling Patrice Lumumba and installing the brutal dictator, Mobutu. Indeed to-date there are “warring” parties sponsored in DRC so as to distract people from the serious exploitation and expropriation of natural God given resources in Africa being perpetrated by Americans in DRC today.

I appeal to Africa never to accept another Mobutu in the name of Ruto being brought in to topple Patrice Lumuma in the name of Raila who would protect the resources for the benefit of Africa. It indeed will be a disaster for Africa to accept the coup as that will take Africa as far back as by more than 100 years.

I state that Raila can also work with Americans contrary to initial beliefs. The only difference is that it will be in a more structured arrangement that will benefit humanity – African and non-African, white and black, yellow and brown, green and blue, gay and straight etc.

May I finally ask that we Africans must stop the re-colonisation the brutal way, but ask people to just work with Africans for posterity.

Arise Africa Arise and take control of your destiny.

Success in quashing the rigging in Kenya will set a stage for Africa to do its things by her Citizens without external Interference in the name of “help”.

Arise Africa Arise for this will liberate you forever.

They do not like socialist policies which they themselves implement.

Socialist policies are deliberate and spur growth. They dignify life. Who wants a dignified confident African?

The Socialist policies they are against include:

The Association of the Odingas to the Russian is another issue, this can be evidenced by Jaramogi Oginga Odinga Teaching & Referral Hospital (JOOTRH) in Kisumu which is locally referred to as Russia Hospital.

Then resource Mobilization of Rao campaign from middle East sources led by you know who?

There are figures who must now be the face of your campaign.

What scares the west more is the progressive constitution that has put us on the path for growth, you need someone who can unsettle it.

When you triple the economy in 10 years, that’s not a Country to Joke with. 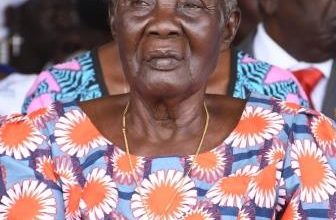 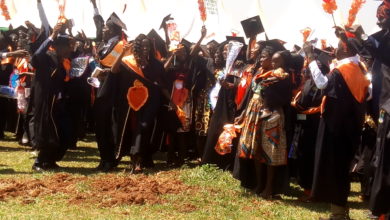 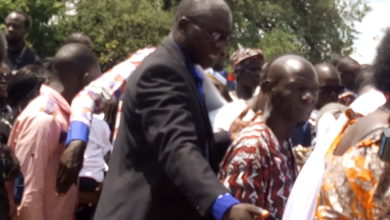