Gilbert Olanya, the Kilak South MP, praised Puranga chiefdom and Bolo clan for standing toll and rejecting what he terms as the petryrators hallmark of brilliant genocide act.

The Prime Minister of Ker Kal Kwaro Puranga Chiefdom returned UGX 6 million that was meant for the sale of 500 heaters land to the Balalou cattle keepers, by revoking oracles spirits to redeem the evil spirit.

Francis Mawa, 50 years old, who double as spiritual leaders and Puranga icon in irony calls and ask Acholi deities to swing in action to stop hegemony of land grabbing, Olal Teng why are you keeping quiet, Lagoro deity of Pajule why are you not reacting to our woe, Kalawinya why do you allow impunity to happened to us. Kilega ber, why do you keep Acholi in bondage Loka, do somethings to bail Acholi from slavery, Abayao what are you waiting for, Ogili this is time to avenge the enemy, God are you not who give our grandfather to live in this land.

“The land grabber, today we revoke you in the strongest term, to quit our land, you the oppressor we chase the fear that you have been traumatizing the Acholi community,

The whistleblower, Calvin Mwaka. The Local Councilor 3, of Awere Sub County, who unearths illegal sales of land hiring disclosed to a big crowd who turn up to witness the refund of 6 million shillings on 25, November 2022.

Says in the wee hour. Two people came to his house Tarema and Simon Mugisa, the Balalou origin from Banyankole from Western Uganda and Wilson Lakwaya, a person who rents community land at Bolo Juk Lebi village, they came to his home wanting him to stump contract documents between.

However, when he asks the two people, Tarerma and Mugisa, they didn’t want to shows him the document until he used his power and later the duos agree on term and condition that they will offer big kickback to him, and so they agreed to strike the deal, but soon he discovered that Wilson Lukwiya have enter into the agreement to hire community land of 500 heaters at sale agreement of UGX 600 for three years, and he discovered.

“You are very lucky, when Tarema came to me, my room was full of money. UGX 6 million which was given to Wilson Lukwiya, was just a token money, my people, if I had accepted to sign the document and put it in my stump, our ancestral land would have gone. But, thank God, I have to think twice, should I sign or not.

Then my consent told me no. I have to call on elsewhere to break bad news about Lukwiya moves to sell Lupuranga land.” Mwaka Calvin mooted.

In emotional speeches that forces on looker shedding tears rolling down their cheek, Calvin Lukwiya says, our community have been traumatized by the long civil strife over two decades. When one gets the opportunity to see billions of shillings, he or she would say this is a golden opportunity, but to me money is not why he stood for political leadership.

Tuesday event in Bolo send shock wave land dealer and their agents, Gilbert Olanya says let us not pin down Wilson Lukwiya, the person who hired community grazing land. says God used him for his planned that he received the money, and eventually the evil boomeranged back to the Balalou.

The Kilak South MP, says “I thank God for what happened, Bolo Pakena clan, of Awere Sub County, and Puranga chiefdom general, I am Lamogi clan from Got Guru Guru, I want you to give me blessing. You stood tall for saying no to Balalou.” This is the only thing God wanted Acholi to liberate Acholi from selling their land.

In a wonder word, says our homestead is burning, Bolo clan, today stand to be a witnesses that everything’s is possible, what you have done is a clear sign to many of us that we can stop land grabbing by refund the ill-gotten money, this also shows that the Acholi community would do the same things to refund money from the land which is sold without the clan consent.

Gilbert Olanya further reveals that the Balalou are a group of Rwandese who were living in Tanzania, who are now in Northern Uganda, first they were chased away from Tanzania to Rwanda. And from Rwanda they were also chased away to Uganda.

Why, because the Government of Uganda says Acholi Sub Region has big fertile land which is not segmented, but this is not the reason. This Balalu strategic plan alienated our community.

“The government of Uganda wants Acholi ethnic grouping to be wiped out, we are endangering species in Uganda. And this why the Balalu issue is being hot cake” Gilbert Olanya concerned.

This money which is being poured here to buy land is just instead of paying lost livestock to the government pampering Balalu a “shadow case” Obem dog, go to Palaro Sub County and see now 80 percent of the people there are the Balalu, my brother LC3 Calvin. Acholi gives an example that people will not all be foolish to accept being foolery. There are those people who are born leaders to protect our destiny, the likes of Calvin Lukwiya, the area LC3 of Awere is standard.

He claimed, we are going to raise the balance of remaining UGX 380,000, and immediately women turn up in big numbers to raise money, some of them contributing UGX 100,00 other 500,00 and there was money to be refunded.

Amos appeals to the congregation to guard against middle men and the youths who have nothing, every morning they line up the road waiting for the Balalou waiting to sell off their land, says without them, Balalu would not know that there is land here in Bolo Juk Lebi, so let work on the formality to stop this.

“I cannot say what is happening here in Bolo Juk Lebi will not reach our area of Agago North, because it will reach there too, so I am to come and join hands to stop this vices.”

We have come to this place and we have done calculations and found out how you conned this poor man called Wilson Lukwiya to allow you to hire each heater of land at 10,000 for three years, although you claimed to have hired 500 heaters, the spirits of this land will follow you.

We want to warns you that this kind of triggering your plan you want to harm this LC3 chairman of Awere, today he told us that if not because of dogs, his life would have been taken, let me says we the people of Acholi we don’t segregate Ugandans tribes, and one is free to settle anywhere, but you should not go beyond our backyard, even into our bed room, as you have been doing cutting our trees in discriminately. We have also learned that you have a plan to occupy this land, by alienating us, and in 30 years to come people of Uganda would say there were some tribe called Acholi who used to live in Northern Uganda. (Sic)

“We are telling you we are the Luo people, the Acholi people, we want to tell you our spirits live here, our born lives here, our tribes called Acholi will remain here, our land will not be role like mattresses, and taken away, it will remain here.” Agago North MP warns.

The MP says the Acholi community who were known as hardworking people now have turned to be vagabonds, how can it be.

“I am telling you, our biblical cord is buried here, our born is here, our spirits will live in this place even if hundreds years you will not be going to finish us, we have learned you want to finish us in silent tricky way”

The Agago MP reveals that there was research which was carried out by one professor who he did not name in Uganda by the refugee’s community who came to Uganda in the 1940s. That research finding was that in order for them to ascend power, the report by those refugee’s communities revealed that they should use their beautiful girls and be sent for marriage. And because of that they used them.

When those girls produce children, those children will be their children. This happened, because those people who would be falling to get their beautiful girls their mind would be changed for the goodies, and it came to passed

Secondly, the research finding reveals that in order for them to get rid of us, they should use money, because we like money and Acholi do not like one another, because Acholi do not like his brother, just promote one to be leader and the other put in him or her in lower position he she will spy on one another, so they will cause division among themselves. That is why we are killing our brother for position.

Thirdly, the finding was that they should use cheap alcohol to be pure in Acholi Sub Region and this happened, now see how our children who have become vulnerable and become destitute our kids cannot engage in cultivation.

They have also done studied on all tribes in Uganda including we Acholi community and funding is that there is no unity among the Acholi, so if they can promote disunity they will succeed, and they also found out that we have land, even if we have been put in concentration camps, Acholi still go back and within few years only because of land we still okay, and go back to their heyday this why programs of grabbing land and buy us off are being implemented so if we can get distinct would be okay

Yudita Lamunu, Rwot Okoro Bolo spoke in unison to say for them, women in Bolo have rejected being molested by Balalou who can come to your home and put a spear, then anyone can sleep with you.

“We the women in Bolo Juk Lebi, we have shunned Balalou invasion in our area, we are protecting our tree and our culture, when Balalou came to my home I told my son Lukwiya, that what is doing was bad, now thing came to past.” Yudita Lamunu who introduced herself, the sister of the Late Tom Apila. Former Kitgum Special Resistance District Commissioner

Okot says, although a few week ago, Rwot David Onen Acana, the Acholi paramount chief say he has lost hope on land, but what Bolo Community did to reject and return UGX 6 million, and on addition they turned down 6,000 head of cattle to grace in Bolo.

“Although few week ago, Rwot David Onen Acana told us during meeting of MPs and stakeholders that he has lost hope, now what Bolo community have done, show that Balalu can be remove and their money can be return, even Disaster and Properness Hilary Onek told us that even grave of his father is in Aswa ranch.” Amos Okot wondered.

Wilson Lukwiya decries that poverty is the root causes of his woe, being head of family, he has been faced with numbers of problems, and when someone mooted plans that Balalu wanted to rent land, he contacted his family and they agreed.

“I have seven people who I want to make the last sendoff funeral rite, but I don’t have money because of poverty, and when we hire the land we have distributed 3 million shillings among ourselves, and kept 3 million shillings.” Wilson Lukwiya the victims reasoned.

Tarema and Mugisa today Wed. 14, December 2022 contacted Mawa Francis and expressed interest in collecting 6 million shilling which was handed over to him.

“I have received phone calls from Balal

u, Tarema and Mugisa, they told me that they would be coming to collect their money, however, I told them that they will get their money from Ker Kwaro Puranga on Sunday 18, 2022.” Mawa reiterates. 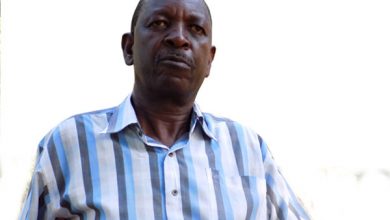