GULU CITY-UGANDA: Every dog has its day; Uganda ol

igarchy president Museveni ran out of the gut of reign of power to reach out his longtime political arch foe. Or forming a political alliance with Norbert Mao DP strong man is just the last straw to alienate another Acholi most feared political player?

Candida Lakony, if she raises from the death like Jesus Christ may wonder what kind of President Museveni is now, in 1996, when the woman named Candida Lakony whose photograph had made headlines in the press, as her private part was being shaved by a bunch of uniformed soldiers believed to be National Resistance Army NRA. Who were battling northern Uganda unrest, by her boyfriend called Kisaale, Lakony would curse herself to see Norbert Mao in Museveni government, the person who never cared about emancipation sent her to early grave. Indeed, the world is classy today!!!!!

Timeline: In May 1999, the Monitor published a photo of a naked woman who was being forcefully held on the ground as one of the soldiers shaved her pubic hair. The said photo had allegedly been given to The Monitor by someone who claimed that it had been taken in Gulu army barracks. A 24-year-old female resident of Gulu, Candida Lakony Ochola came out and claimed that she was the lady being shaved in the said photograph.

She went further to claim that the soldier doing the actual shaving was her former boyfriend W.O II Nelson Kisaale who was at the time based in Gulu Barracks under the SIB. The army vehemently denied the allegation and the three top tier journalists that included the current leader of the opposition, Wafula Ogutu were arrested and charged with libel after the security forces ransacked the Monitor offices.

The wishful blower who took the photograph to the press, for keeping professional ethics I could not name him now. So, the first person who was assigned to go and look for a wishful blower was Okumu Langol, the Editor of Oyeng Yeng Earthquake Publications, a Luo newspaper based in Kampala city by then.

I was given a driver with full fuel. My payment was a dark glass which I was given. We dropped in and out of Kampala, from 9.00 AM till 3.00 PM, we could not find wod Pabbo. We were getting tired. The second thought came to my mind that we are going to arrest any sons and daughters from Pabbo, I could go to Goraty Lalam, my former boss from Radio Uganda who I know also hails from Pabbo also. But we went to someone who had a computer center opposite UCC, and we arrested him and took us to Wandigeya slum city.

Finally, when we reached the place, the man was nowhere to be seen, but according to my journalistic professional training, a window broke and with the help of a long stick, I dropped the letter to the said man. In the letter was commanded that, read this letter, and after reading run to Wafula Ogutu, even if it was at midnight. So we left, my mission was done.

The second person that was assigned to look and trace for the alleged girl, was none other than the former speaker of August House, the late JO.

Hon.  Jacob Oulanyah traveled to Kriyadonggo county where the alleged Lakony was staying, Lakony was also on the run fearing for her life as also the UPDF was looking to alienate her to clear off any litigation. So, does Hon. Oulanyah the then Oulanyah and Onoria Company Advocate, he got his foot soldiers to accompany him on hunt to Lakony Candida.

With the help of a scout, Candida Lakony was captured from her hideout in the Muyenga Kampala outskirts. And it came to pass when the real person whose private part was saved by the NRA, in a witchcraft to stop LRA advanced from South Sudan through spurious Uganda-Sudan Boada.

Meanwhile, the fourth person assigned by the Daily Monitor Publications was Winnie Byname to do foreign relationships, but she did well, by the time Candida Lakony was smoked out of her hideout. The Uganda government was on her knee.

Why Candida would curse Mao and Museveni new political ally because, the last person to play political gunboat diplomacy was Norbert Mao, so when Lakony was taken before President Museveni, and when she mentioned Mao’s name the whole thing turns political.

President Museveni was willing to solve the issues of Human Rights abuses in the NRA and the military torture in Northern Uganda. But President Museveni is a person who will never allow defeat in his life, so instead he decided that if for Mao, then politics must take its own course.

When the Daily Monitor published Candida Lakony, it was a pitch dark nimbus clouds hung menacingly above Gulu, local say in nights like this particular one. Lord’s Resistance Rebels would sneak into town to snatch women, youths and generally wreak havoc before retreating back to their hideouts

It was a pitch dark night and dark nimbus clouds hung menacingly above Gulu town. Locals say on nights like this particular one, Lord’s Resistance Rebels would sneak into town to snatch women, youths and generally wreak havoc before retreating back to their hideouts. So, does when the news of Norbert Mao penning down his golden signature with Man Acholi described like Obi Bii, it was a pitch night and dark nimbus clouds hung menacingly above Gulu City, locals say in the nights like this one, when the last hope Norbert Mao have jumped into bandwagon of (Pagak)no return. Worry engulfed both Acholi in diaspora and in Uganda.

You can read summarily story in black star news tomorrow 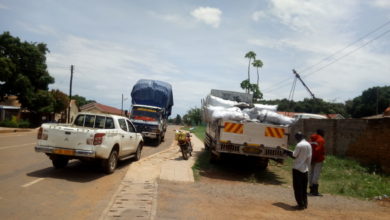 UGANDA:  GULU UNIVERSITY MOVE TO A BREAK OF CONSPIRACY THEORY OF   COLONIAL REGIME SYNDROME BACK TO INDIGENOUS KNOWLEDGE 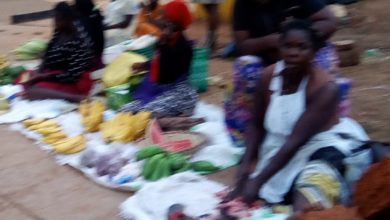 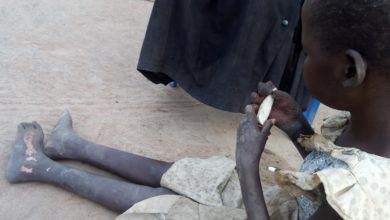