During the recent state of the nation lamentation address by Gen Museveni, he declared a new technique that he will use to fight corruption. He said his government will employ only people from well to do families because unlike the poor, for them they are not greedy & they work for passion & not money.

KAMPALA-UGANDA: These, majority of whom are sons & daughters of the NRA former fighters are the ones Museveni termed as the Descendants Resistance Army.

Gen Museveni deliberately built a handful of middle class, with a view to hand them the country while majority of the people languish in poverty. It’s easier to misrule a poor population!

Museveni came to power, with a primary objective to serve “his people” as clearly indicated in his book; Sowing the mustard seed. In this book Museveni refers to “my people” as nomads whom he advised to embrace modern methods of farming in the 1960s but because he didn’t have power, his message was not picked. When he realized that without power he would not influence, he realized the need to fight for it. That explains why he dates back NRM to have started in 1960s & not in 1980, it’s because NRM was anchored on his desire to transform “his people”.

When he eventually captured power in 1986, Museveni started on a plan to liberate “his people” & eventually creating a middle class that he wanted. On one hand, the NRA warlords conspired with Gen Museveni & gave themselves unsecured loans from Uganda Commercial Bank. These loans were used to buy government land in Kololo after classifying it as non performing assets. The top NRA officials got this money, paid plots & defaulted UCB. UCB was sold off at a give way price under the guise of privatization!

Museveni organised his people whom he termed as survivors “emponoka” & these were given free land part of which was got after grabbing ranches of co-operative societies & some prominent people like Boniface Byanyima. Museveni also degazetted L.Mburo National Park where “his people” were relocated while at the same time other people in Mpokya in present day Kamwenge Distriçt & Kakari in present day Rubirizi district were evicted being accused of occupying part of Queen Elizabeth National Park. Imagine degazeting a national park to create a grazing area while evicting other people to create a national park, Mujooga! Majority of those who were evicted from Mpokya in 1990s todate have never been resettled, while others have been meandering in areas of Bunyoro & Mubende where majority are again victims of land grabbing by “Museveni’s people”!

Museveni started good schools at Kanyaryeru in Kiruhura district & built Rushere Hospital. He started a state house scalarship scheme, through which his people accessed free & quality education till completion. One time Hon Beti Kamya intimated to me how she challenged Prof Gilbert Bukenya to explain the criteria of getting enrolled on that scheme & he couldn’t explain yet he was a vice President.

With an estimated 1000 beneficiaries per year for 35 yrs, over 35000 survivors (emponoka) have benefited. Another friend of mine who lectured at a private University in Ankole told me how high military ranking officers would show up in his boss’s office with a list of students who “must” pass exams regardless of whether they earned the marks or not.

With these lucrative jobs, having attained free education all through, they are able to support their siblings who may not be on state sclarships! These are not affected by the poverty mentality that Museveni was talking about because they have attained everything on a silver plate!

For those who could not be enrolled in formal employment, market for their livestock was artificially created through NAADs where people were encouraged to buy cows & “Museveni’s people” were able to get market for over ten years. It’s until the purpose was done that NAADs was shelved & the bag of money returned to Salim Saleh under Operation Wealth Creation program!

The rural poor that Museveni abused as greedy are born in hardships, study in hardships & get jobs with hardships. Perhaps when they get some employment, they have a burden of taking care of their siblings which Museveni refers to as greed. Gen Museveni says these people do not deserve employment, he argues that it’s those who have been pampered all through studying on state house scholarships that should be given jobs!

Apart from his cronies, relatives & friends who are roaming on streets despite having been named in every corruption scandal, can he confirm that a few sacrificial lambs who have been convicted like Geoffrey Kazinda, David Chandi Jamwa, Lwamafa, etc were necessarily from poor families? Can he confirm that MS Silver Back pharmacy Ltd reportedly owned by his daughter in law Sharlote Kainerugaba & Ishta Asimwe Kutesa which allegedly pocketed 5bn Covid money & five months later had delivered nothing are companies owned by poor people? Can he confirm that ministers implicated in Chogm, Temangalo, GAVI, bicycles, ID project scandals etc were poor? That people who sold state parastatals amongst themselves & shared the proceeds were poor? That Salim Saleh & Gen Otafiire who were implicated in DRC plundering were poor?

Now that state parastatals are being merged perhaps to reduce power centers since Museveni is too old to man all the many power centers, the number of jobs in public service is going to reduce & so he must pave way for “his people” & some other co-opted close associates & cronies. He has systematically created a monarchy, his people have eventually become too many & his patronage network of bootlickers & sycophants has enlarged, he is crafting a means to purge other Ugandans from getting closer to the national cake.

He has created a middle class that only minds about its own survival than the country & he wants to reward them with all the jobs a move that Ugandans should out rightly reject, now or never!

The author is a Patriotic Ugandan 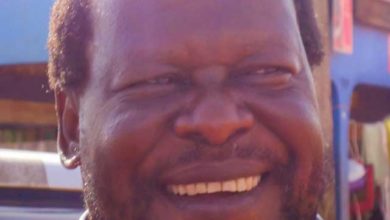 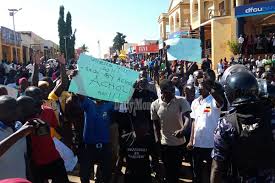 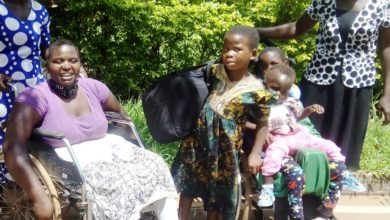