GULU-UGANDA: Today Ouma Godffrey wake up to find his UGX 25,000 a moble phone worth UGX  is no more, what happened thief has used Chloroform to beak in his house at Area under guard 2 kilo miter out shirt of Gulu City.

Ouma is not alone,many people have become victims of house breaking,according Patrick Jimmy Okema, the Spokesperson for Aswa Northern Regional Police Region, says record they are receiving is alarming, in a day reported case of housebreaking amount to 50 police cases.

Ouma while he was facing the attack from goon, his father who can  not be name for security reason was also facing attack in Kanyagoga, opposite Kakanyero Real Estate on Gulu High Secondary School road.

Okot the father of Ouma, not his real name was facing goon who he believe was after his life, his land lord had collected some money from the politicians who he believe to be annoyance of his style of reporting news. 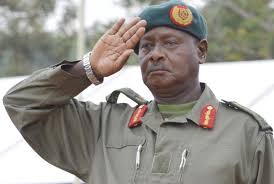 UGANDA: TRUCK DRIVERS FROM KENYA SUSPECTED OF HAVING COVID-19 BLOCKED FROM PADER DISTRICT IN A FAILED BRIBE