The chairman business community demands to have an audience with the Commissioner General of Uganda Revenue Authority.

Jumo Lutara, the son of the former PS of Uganda defense,  Wilson Lutara was given double taxation, first was shillings 2.5 billion and the second tax was given another shillings  2.5 billion by URA for putting up five story building in Pece-Laroo Division, the house he claimed that he has not even finish.

Who is making Gulu City to developed, its local investor, let URA support them.

“URA re-enforcement officers is defrauding us, I paid my tax right from 2013 to date. I have been billed 5 billion assessments to pay.” George Aligaz Lapir revealed.

George Lapir Aligaz, the spokes person for Gulu Business Community opens a can of warms on Tuesday June 28, 2022 during a public dialogue at Acholi Inn hotel, says the issues we have bad practices, you can give assessment, after giving me assessment and decision is made and urgent notices is sent, but you come and give urgent notes and you come and lock our businesses places then you give the assessment, we find this is very an fair?

“For example, but in a revise order you come and locking notice our businesses premise after locking somebody place, then you call for decision and assessment is made, a case in point where an urgent notice was given on 26, April, then the decision was made on  30 of April and assessment is made of the 3, of May. This is how reverse order is made, URA taxation is taking place this is to cripple our people”, Lapir Aligaz pour scone.

Added that the URA issues we want to bring to your attention, now as the country have come up with the budget through the ministry of finance of 25 trillion for us to pay, you come and give a target to the URA northern Region Regional manager to meet the target 6 billion, that your target for this month is 6 billion, know why the your staff is running down and up like a mad dogs closing shops to secure their job, where can she get the money.

Other issue that given us burden as businesses community is taxing of the third party, for example a supplier give you calendar some T-shirt and they given to you taxing, sweets to give to customary, when you give, but URA who many come will say this is an income to you, give you assessment, for what and yet those are un taxable, then issues of taking and in respect to bailiff those are not people who are part time with us, they are not are employees. We also have the issues taxing the property in relation to bailiff we find not fare at all.

Then issues that we want to raise also it has been raised, the commissioners they are talking for tax exemption, but for us here we are very small people we have tax payers who have died, pending on assessment twice and when URA send the same assessment twice, you have to pay both, we have this man who has been given assessment 250 million. That assessment when it was sent to Kamala it came up of 500 million; now tell me about that one

“For example we have some business community here they have has been given assessment of 700 million and have not even build up his house, he has not build a house for 100 million now tell where do get this 700 million the minister, we have this business who have been sent 700 million and that businessman have not built even his house. We do expect these things to

Ministry of finance and URA you are behaving like somebody who has locked his cow in coral and he wants to milk his cow you don’t want to give the opportunity to the cow to go and eat to produce to you more milk.” We find this not fare

We have not de-campaigning URA, the ministry of finance; paying tax is an obligation for us a case in point we have hotel in Kampala when the head of states sleep in those hotel they do not pay tax, but when you come to Gulu, when they sleep in LAMACO you tax them 300 million for what, the commissioner we want to have an audience to you.

George Ocaya, the chairman Property Owner Association says in 2018 he wrote a letter to your office organizing a meeting with URA at Free Zone Hotel, they agreed that the businessmen should run to your office not run away from URA, but work in harmony.

But, he castigated the URA re-enforcement official for denying the contractures that they are not qualified to be local investors, and yet they are behind development in Gulu City.

In the building, you will have three equator of your requirement, but you have to go and borrow the money from the bank

“Why do we have double taxation and bank loan at the same individual without adding high blood pressure at same time, our people who are getting money from the bank, banks only friendly to you when you are getting the money, but when you append your signatory you become their enemy also levy high taxation.” Ocaya wondered.

The issues of double taxation, we raised the issues during the meeting, may be the issues is beyond you. We appealed to Uganda Legislators to table the issues before the floor of parliament.

Ocaya Amuna challenges URA on the issues of exportation, for example in the 1960s up to 1980s Uganda was the leading exporters of Coffee, Cooper, Tea, Tobacco and Cotton. But why now Uganda is failing to export single produce.

In 2013, the district of Lamwo, east Acholi had produced over 1million metric tones of simsim, exporting to Malaysia, who is to blames.

In conclusion he says we don’t have quality competent in our production line when we are dealing mechanization like bicycle repair, motor vehicle and all sort of repairs because of corruption in the URA, Ocaya warns.

However, high profile Ugandans official for the last two year made its median beet export to Egypt, according to Uganda Export Promotion Board, shipping 50 tonnes of commodity to Middle East Country.

The consignment worth 50, 000 kilograms, was the first batch from the Egypt-Uganda food security Company situated in north of Kampala in Luwero district owned by Gen. Salim Saleh.

According to anonymous sources revealed the cattle for the beef export is coming from Nwoya district where Gen. Salim Saleh has big farms, and Gen. Charles Otema Awany. But unfortunately Gen. Otema Awany is not exporter of Beef.

“There are four generals who are exporting Beef, some of the cattle is coming from Aswa ranch in Pader which owned by General Museveni.” Source revealed.

“Why does Uganda vehicles do have foreign number plat registration, does not means that the vehicles that are being imported in the country, the buyers has limitation in registration or URA levy high tax.” Acholi Khadi asked.

James Malingi Acting CCD on double taxation when someone is assessing twice the affected people should use the right channel to handle these multi practices.

”That is why we have called you businesses men in this dialogue as URA when you are assessed wrongly come to me I will not agree, because if anything’s agree with Bank of Uganda they l tell me that is not right stop this, we have not been aware.” Malingi argued.

Dr. Robert Mutebi, the Acting Commissioner General of URA called for Northern URA Regional officer and her re-enforcement officer to make clarification on the alleged misused and abuse of power.

Alfred Okwonga, appeals to the businessmen and URA official, says the issues we are discussing today is very sensitive for these region, the problem that has to be address is penalty, is  the taxation or penalty is more important,   lack of sensitization from URA, says that you go to the net and do this. is the tax which is more important of the business, shorted of tax specialists we don’t have, money one person out of this. The issues of interest, that those people are raising that are killing themselves and the issues of business.

Secondly I am also a tax payer I have business and pay my taxes for the business, URA is now more effeminacy that in 2013, but URA now come to claimed to collect the tax from 2013 now somebody come in 2022 and saying is going to assess you in 2013. And make that penalty for 10 years for you to pay the tax for penalty, why do they fail to collect tax in 2013.  why, we need to sit in round table and handle the penalty some of those penalty are over exaggerated.

Can double your business and penalty when you add them together

People are collapsing in business here in Gulu some of them are even dying, and you are not appreciating, they way you people are doing business called for humanity very wrong and unjust.

This issues of rising aplenty cannot work when somebody give you over taxation. Is good that you have called for this meeting, these are your profit, and raise the target if somebody can give you 1 billion is good.

“My recommendation sits with these people on round table and iron out these heavy taxes, some people is running out of business, is good you have called for this meeting but we need more of technical support supervision.” 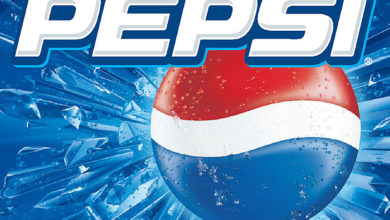 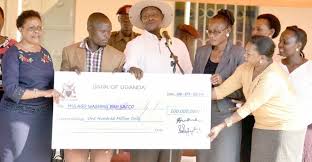 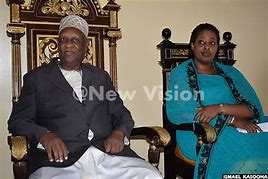 IMPACT ON BUSINESS OPERATION IN UGANDA