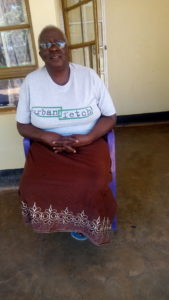 “Confirmation.” The major concern remains safety and security of the population in this pandemic and secondly the contradictions in our campaign against Covid-19 at this critical time.

The information about the 400 causal labourers from Kamuli district coming to the district is credible.

John Ogwok the Chairman Lamwo District Local Government pointed out to Oyeng Yeng News that he met the RDC and some stakeholders today over the issue of bringing the causal labourers to Lamwo today. Its no more rumours, the team will arrive in Lamwo tomorrow, Tuesday or Wednesday.

LAMWO-UGANDA: Ogwok when contacted by Oyeng Yeng News Desk confirm that he got information from Lamwo Residence District Commissioner Kidega Nok confirming President Museveni ordering 400 people from Kamuli district to come to Lamwo, his answer is that the company failed to raised the required number from the district and the Acholi region.

He says that it didn’t come to his mind that the company was looking for the causal labourers until yesterday when he learnt about the team from Kamuli.

However, my major concern remains safety and security of the population in this pandemic and secondly the contradictions in our campaign against Covid-19 at this critical time.

He RLamwo District Chairman decries that Kidega Nok, tYesterday, Sunday around 11am I received a phone calk from Mr. Nabison Nok Kidega, the Lamwo RDC gave directive to him that he was informing him that. “He got a directive from the President YK Museveni that 400 casual labourers will be transported to Lamwo and to be hosted in Ngomoromo Primary School in the district.” Urged that the RDC information came when he had already been brief by sine stakeholders at the school.

However, Ogwok says he raised the following concerns to the RDC:

His major concern firstly why now  Bringing about 400 people from outside the district will be going against the president directive of stay at home during this period of the lock down in this pandemic but will also contradict what we preach to our community of not allowing strangers in our community.

“We preach one thing and do the exact opposite.” Ogwok criticize the all President Museveni program

His second argument is that the issue of the health checks of the people who are coming to Lamwo and mixing with our local population.

Thirdly, Ngomoromo Primary School is not the best location for a number of reasons: it’s surrounded by a local population school community and the its near a trading centre above. We hosted refugees in the school in 2018 and they ended up vandalizing the school property which the UN and other agencies failed to put them right until the district with the little resources had to put a few items right at the school.

To cut the story short, Today, I met the RDC, members of the school community and the teachers in which I made my position on the security and safety of our population and that the government of Uganda will stand responsible for the safety and security of our population.

It’s quite disappointing that all these were happening without the knowledge of the district leadership, including the DHO; instead they were working with the DHO of Kamuli District to come to Lamwo District and made preparation for screening the 400 people.

My major concerns are the safety and security of our population in the campaign against Covid-1 9 and the contradictions. It means Museveni is deploying the COVID-19 suspected cases, in 2000 president Museveni also transported UPDF from Central African Republic who ere infected with Ebola to Gulu 4th Division barrack, later the over 1000 people died with Ebola alone, the world was quite.

Saying that strongly  believe that if all these is happening with the directive of the President of  Uganda, then probably he was not given the correct information and without appreciating the current effort against the Covid-19 campaign.

“It’s painful to note that some of our leaders in the district and government are aware of this development and decided to keep quiet.” Ogwok decries

Its unbelievable that in the era of decentralization the opinion of the district top leadership is ignored in such a matter that involves security and safety of our dear population.

Richard Jomeo p’ Mao condemned president Museveni directive to bring 400 casual labourers from Kamuli district, in Eastern Uganda, says why now, what is so important that it needed 400 people from other district at the time of lockdown of COVID-19 PANDEMIC.

“We cannot stand and wait for the another deadly COVID-19 Pandemic to kills our communities the way Museveni did by Bring UPDF from CRA and dumped them in Gulu 4th DIVISION.” Jomeo warns.

Joyce Laker the chairperson of Horlay Investment Holding base in Amuru district, Northern Uganda has come out openly to disassociate her groups from the Sugar Cain which is base in Lamwo district.

However, she acknowledged that some of the Atiak out growers 260 people are from Lamwo District, they are part of larger groups.

Laker says they have four groups of out growers three of them are in Amuru district, we have 500 acres in Okidi which we have signed contract between Cooperative Society in her first venerable with Horal 5,480 areas.

Others out grower Cooperative Society are in Atiak Pa Opwonya 600 acres, she concluded.

Sources who requested to be anonymous revealed that President Museveni is misinformed about the Lamwo Sugar out grower. There is no need to harry by to bring the foreigners and work in Lamwo, as he has ordered total lock down, source argued Museveni want to use lock down to do misguided businesses.

The Members of Parliament from Acholi Parliamentary Groups are not in the know of the 400 foreigners from Kamuli district that are being smuggle illegally to cause catastrophic peonomonmen in Acholi Sub Region.

UGANDA: THE MOMENT OF HAPPINESS OF DONALD TRUMP WITH VLADINR PUTIN HAND SHAKE BEFORE G20 SUMMIT

UGANDA: GULU REGIONAL REFERRAL HOSPITAL HAS BEEN HITS BY SHORTAGES OF HYPERTENSION DRUGS, THOUSANDS OF PATENTS ARE IN AGONY.