President Museveni promised Ugandans that he does not believed in political assassination, who is behind the former IPG Flex Kaweesi, Col. Ibrahim Abiriga, Joan Kagazi and the failed assassination of Gen. Katumba Wamala?

Let us look at the power struggle, and unfolding Uganda political transition, what is the hallmark of new changes.

By Okumu Livingstone Langol, a social political commentator, a veteran journalist with experience over 30 years within and outside the country.

They say that we need to deal with problems, challenges, and contradictions that characterize human existence, more importantly, questions on social development and social cohesion are critical.

The social policy programmes they are analyzed across three distinct epochs namely the colonial period 1890-1962.

The colonial golden phase (1962-9170) and, the recovery period where various reforms and policy of interventions have been pursed to improve quality of life of the people. More specifically, Uganda’s policy reforms and programmes were informed by different social development approaches.

In view of the very bad state of affairs left behind by the last regime we fully appreciate that our Government led by dictator Major-General Idi Amin Dada is faced with a great task.

Uganda dictator Amin says the public life must be cleaned up and the economy must be put on a sound basis. In addition the people of Uganda have to be educated to think in terms of Uganda as a whole and to love and respect one another in the spirit of brotherhood, unity and equality.

His claimed was we have therefore decided that our Government as led by his Excellency Major-General Idi-Amin Dada must be in power for at least five years. We believe that as the end of such a period national elections could be organized and held in a period of tranquility and mutual respect.

By then his messages received by many Ugandans as we know that this proposal has the support of the great majority of Ugandans…. In Addition, due to the size of the army he is now heading, and his military responsibilities, we hereby appoint him full General.

Amin’s tenure, which lasted eight years (1971-1979), was marked with brutality, with hundreds of thousands of civilians killed and tens of thousands of Indians and Pakistanis expelled from Uganda because Amin believed they were exploiting the economy.

Despite the above statement, no elections were held. Ironically, one of the stated reasons for the coup was “[t]he failure of the political authorities to organize any elections for the last eight years whereby the people’s free will could be expressed

Amin was part of a trend during Uganda’s independence era of people overthrowing the government or using undemocratic means of holding onto power. Obote himself suspended the Constitution after Uganda’s independence, arbitrarily detained his opponents, and refused to have elections.

Having toppled Obote, Amin was subsequently overthrown in April 1979 by Ugandan rebels and forces from neighboring Tanzania, and Yusufu K. Lule was installed as president. Only 68 days into his presidency, Lule was removed from office in a coup led by the National Consultative Council for

“Allegedly making wide ranging appointments in government without consulting them.” In June 1979, Godfrey Binaisa was installed as President. His tenure only lasted eleven months after which he was removed “by a military clique that included Museveni Uganda’s incumbent president.” Following Binaisa’s fall, the country was briefly placed under the control of a military commission and then the Presidential Commission of Uganda, both of which were led by Paulo Muwanga who served as the country’s de facto president until the elections of December 1980.

Following widespread allegations that Milton Obote’s Uganda People’s Congress (UPC) had manipulated the electoral results to deprive the Democratic Party (DP) of victory, Museveni and a few followers went underground in Luwero District in February 1981, organized the Popular Resistance Army (PRA), and, along with other small bands of fighters, started a guerrilla war.

A year later, the PRA broadened its base by negotiating a merger with Yusuf Lule, the first president of Uganda after the fall of Amin, and incorporating the guerrillas Lule had recruited. The new organization was named the NRA; Lule became chair and Museveni became deputy chair and army commander.

This arrangement enabled Museveni to recruit and train Buganda men and women to fight for the NRA, even though he was a Muhima from Mbarara District. When Lule died in 1985, Museveni became chair of the NRA.

Until April 1985, the war was fought exclusively in Buganda, primarily in the Luwero Triangle (named for the area included within the roads between Kampala, Hoima, and Masindi) to oust the UPC government headed by Milton Obote.

The NRA then left Buganda to open a second front in the west and occupied the entire region following the July 1985 coup d’état in which General Tito Lutwa Okello replaced Milton Obote as head of state.

NRA soldiers were taught the reasons for their struggle, to respect the villagers among whom they lived, and to pay for food and goods they needed. A political infrastructure to support the NRA was organized through secret, although democratically elected, RCs in villages in Luwero District.

The Ten-Point Program, written during the guerrilla campaign, reflects the principles with which the NRA created a disciplined army, organized popular support through RCs, and, in particular, developed a coherent political and economic explanation of why the NRA was fighting against the Ugandan government.

President Museveni’s tenure, which lasting from 1996-to date, his marked with brutality over 1 million Acholi people is reportedly died during the LRA war that lasted over two decades, with million’s of civilians killed and equal number went to self exile of thousands of western world as Museveni dream to create second class economy, but the nepotism and corruption range over the country. Uganda Speaker Jacob Oulanyah and Gen Paul Lokech are the hallmark

According to GDP by Agriculture that stand at 71.9 percent, chronic political instability and erratic economic management since the implementation of self-rule has produced a record of persistent economic decline that has left Uganda among the poorest and least-developed countries

Now Ugandans, what went wrong and why are Ugandans descended to this period, President Museveni on his speech, in Kololo electing speaker, president rejected tribalism and impunity.  But tactically remained Lango and Acholi massacre after the Okello’s did coup.

He also narrated how Acholi militias attacked west Nilers and more than 500,000 went to exile,

Now from the above-mentioned socio-political –economic transformation for the last 63 years in Uganda, we have seen what has happened, why the fear Acholi tribe has become epicenter in Uganda politics. Whether Uganda like it or not Northern Uganda unification stand to outsmart the Uganda political transition, why now.

For the last 10 years Ugandans have seen more political assassination, Oyeng Yeng News has learned that there are three camps of power struggle between the ruling regimes, each camp having eyes to use the men from Acholi Sub Region, as a result the three camps are suspicious and have developed paranoia.

The power struggle are believed to be the hallmark of political transition, and they are among the kitchen cabinet, the first camp according to vein yard sources headed by Gen Henry Tumukunde and his associate are Gen Kale Kayihura  and Gen. Elly Tumwine , but those group has been scatter away by President Museveni.

Father as a family, as a nation and Uganda Lord amidst all struggle to saved his life, all attempted failed, you strengthen us Lord that

According to Hon Norbert Mao, President General of Democratic Party while appearing at Radio Mega FM. Says the death being accorded to the sons of Acholi, he alleged that the four of them, he Norbert Mao, Gen. Lokech, Chief Justice Owiny Dollo and the late Jacob Oulanyah were accused that they were planning coup to over throw President Museveni.

“I want to tell you that the four of us, Norbert Mao, Chief Justice Owiny Dollo, the late Gen. Jacob Oulanyah we were accused that we want to take over the government, whoever, accused  us must come out and tell us where we had hold the meeting.” Mao asked the listeners.

Acholi community believed that since their sons are dying on alleged blood clots cardiac arrest and poisoning as they allegedly decries.

Darkness felt at Entebbe Airport at 2.06 PM when the body of Jacob Oulanyah touched the ground, by the time the Bowla dances escorted the casket and chorus of Acholi sons and women joined the Bwola dance led by the Agago-Adilang dances every mourners had dressed in bow-tie in Jacob Oulanyah trade mark. 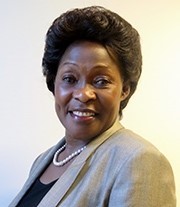 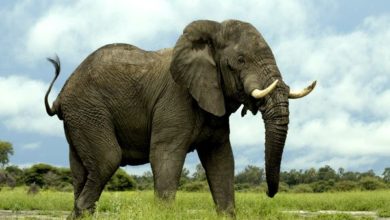 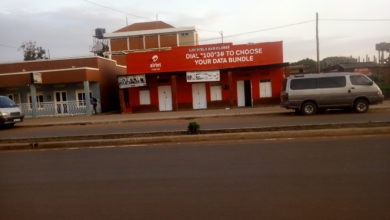