In the 1990s women would jump Kampala-Gulu highway to dance in favor of the
young orator Norbert Mao, the Gulu Municipality MP. As they sing songs of
praises, (Cam Atuku Betty Bigombe, bol ki Mao kwir) literally get money from
Betty Bigombe, but votes for Norbert Mao.

Norbert Mao, for years has been the image of Northern Uganda political thinker,
with the likes of Hon. Dick Nyai UPC, Hon. Okullu Epark. But life must go on.

GULU CITY-UGANDA: On Wednesday 21, July 2022 cooperation agreement
between the Democratic Party and the National Resistance Movement was
entered into Memorandum of Understanding by and between the NRM of plot 10
Kyadondo road, P.O. Box Kampala (collectively) and Democratic Party (DP) on plot
….

The Black Star News Correspondent caught up with Obol Simple man, the
spokesperson for Democratic Party for Acholi sub region and asked him what it
means for Norbert Mao, DP Party Presidential General MoU with President
Museveni.

Obol Simple man, says this is not the first time DP as a political party working with
Kampala regime government, way back in 1986 when president Museveni shot his
way to power. The then DP presidential General Dr. Paul Kawanga Ssemogerere
was the first person and Sebana Kizitto formed the National Resistance
Movement NRM government, and left the NRM government.

He adds that Eng. Olum Zackariya also worked with the Museveni government
until when he lost election in 2006, and even appointed Deputy Minister of
Agriculture in the NRM government, was he not a member of Democratic Party?
Obol asked.

“’Even as to now we are talking with you Hon. Olum Zackariya is still a member of
DP, Norbert Moa has been a long time opposition leader, working with the

government as parse is not bad, only that President Museveni has never been
honoring his agreement or promises. Let those people who are criticizing Mao for
joining the alliance with NRM say their opinions.” Obol warned.

This time Acholi war Debt Claimants is going to get their money, we are going to
meet him soon, with Mao being in stewardship, all those people who have eaten
our cattle compensation funds will be accountable to their deed, he is going to
investigate the shillings 50 billion meant to pay us, that ended in the hand of
mafia.” Okot commented.
Laker Okot, DP activist in Gulu City says what their DP party Presidential General
did by entering into an agreement is much better than defecting and leaving
them.
Insisting that working with the government is giving services to his community
back home.
“For as DP supporters in Gulu City we support Norbert Mao MoU with NRM,
those who are now criticizing Mao, did not vote for him in 2016 when he stood as
party president, instead Acholi never voted for him, they voted for NRM party.”
Laker Okot wondered.

Otim Francis, the Councilor for DP presentative for Gulu City Layibi-Bar Dege
Division says for him as he supports Mao’s moves to join Museveni ruling
government, it means to sumption the course of the transition of power.
Those people who are criticizing Norbert Mao for joining NRM the likes of Dr.
Kizza Besigye have committed genocide in Northern Uganda, and they are now
jumping out to condemned Museveni, if president Museveni is bad, it means that
all of them are bad.

“The fact that Mao can join Museveni’s government knowing that President
Museveni has committed heinous crimes in Northern Uganda, means that Mao
has forgiven him, Museveni as a person, by showing to him that Uganda can
forgive and work for the common goals of development. Moa stands for the

principles of Democratic Party that the government can be changed without
bloodletting.” Otim reasoned.
The contrary views.

Okot Mark, senior journalist, says Mao’s entry into MoU does not hold water, it
means that he has been working with the Museveni government behind the
scenes. Museveni is at his late time to retire from politics, joining government. It&#39;s
like a person picking his hoe going to the garden in the evening when the cow is
retiring home.

“For me as a radio owner, whatever happens to him, we know so many people
who have died in this government, I will not even offer a condolences message as
I used to do, this is the craft of a death.” Okot argued.

Lanyero Prosy, MTN mobile money business lady laughs off when asked what is
her take on Mao&#39;s appointment, says joining Museveni government would be a
pleasant to Mao, but when his casket is coming back, no one is going to be
allowed to see his remains.

“We have seen it all, how powerful people who have been working with
Museveni’s government have fallen from grace to grass. President Museveni
wants to use him and later dump him like others, if he is not lucky he will end up
like former Speaker Jacob Oulanyah, former Speaker Francis Ayume, former
Speaker James Wakapabulu.” Lanyero warns.
Nandala Mafabi last week during NBS TV frontline attack DP Presidential General
Norbert Mao telling him, he knew long time ago that Mao was working with
Museveni’s government, why Mao entered into a MoU without involving his DP
Members of Parliament. Challenging him to resign from being party President of
DP.
Norbert Mao, dismissed Nandala Mafabi’s statement telling him off that an
accountant will never advices a lawyer on challenging him to resign from the DP
presidential General, says it was Nandala Wafabi who let down FDC party
negotiation in 2016, when Dr. Kizza Besigye mooted to NRM government that
they should have formed a coalition government.

“I t was your mistake as Secretary General of Forum for Democratic Change who
misadvised the party members, instead of reaching out with Museveni to form

unity government, you went talked to FDC elected MPs who let you down, and
later you told them not to be sworn in as MPs, did they not disowned you? The
commander-in-Chief. First wage the war and later come and table me motion in
parliament to approve, when you informed the parliament would the enemy get
win of your invasion?” Mao trade off Nandala Wafabi

Mao says he has never been working with President Museveni, if he had been in
Museveni’s government, he would not have entered into an agreement, let
Nandala Wafabi ask the UPC party president Jimmy Akena, if he has any
agreement with Museveni which is legally binding.

Mao told the nation that now he is working with government, his party DP
members in Parliament are going to negotiate with them to get at least two
Parliamentary Commissions and even appointment as ministers including his
secretary General who will be elected East African Member of Parliament 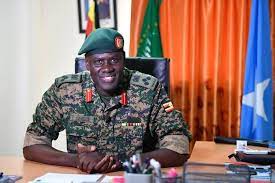 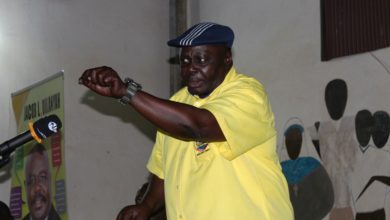