Chief Justice C. Owiny Dollo launched a Plea Bargain camp in Gulu Main prison to deposit 700 backlog cases, advising inmates not to admit that they have committed crimes because of hardship conditions in prison.

For the first time in Uganda history, Chief Justice turned Uganda Prison into a judiciary system, where he launched the plea bargain in Gulu Main Prison.

GULU CITY-UGANDA: Gulu City has never experienced heavy downpour for almost a month, but, a day when Chief Justice Owiny Dollo Pay visited Gulu where he declared that heavy downpour happens because he is a chief in waiting.

Chief Justice Dollo began to make a major judiciary reform program by introducing plea bargains which reduce case backlog, this backlog has been implemented since 2014, and this is a deliberate program.

One of the worst  problems in Uganda prison is congestion, in this country we contribute to abuse of parishioner rights, there over 7000 prisoners in this country , about 95.5  percent are men and about 4.5 are women, it looks like the problem in Uganda is men.

But, out of this total population prison in this country, 49 of the population has through trial and convicted by court of law

For Gulu Prison mainly alone there are 1244 men and 121 women, totaling 1365 inmates, they are being housed in the building which capacity is meant for 247 inmates, and out of this 425 are convicts while 819 are remand prisoners.

Now, the International accepted occupant rates that each prisoner is entitled to an area of 3.6 square meters; I have visited prisons, although he has not visited Gulu Prison in this country and I know the voltaic condition under which prisoners are put together. Especially at night when they go to sleep.

I am appealing to the government which does the planning and provide budgetary provision as we the country we must look into this, so that one does not come out of in prison to be a bitter person, but some out of prison that having seen the lives to become a better man who can change society than when he went into prison.

Similar international standards require that for every three inmates there is one officer to look after the interests of 3 inmates, unfortunately for us we have one officer warden and 24 inmates.

Let me used the classroom when we all went to school we study in primary school secondary, even up to university, the study was in class room the standard was there were 40 pupils out one classroom, under circumstance if you met a teacher which tough you even 40 years ago, out of that he or she 40 will remember you. When you meet him after 35 years he still remembering you, but now our classrooms have 120 in one classroom, the teacher can remember the most stubborn one and the clever one or the dull one, those are the none

Similarly for Uganda prison to save the purpose for which we set up the prison, we need a situation where the wader is not there to cane you, understand you problems, understand you and know your 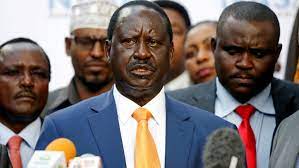 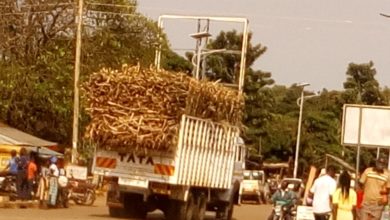 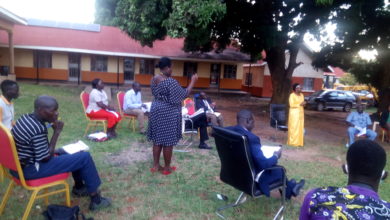 UGANDA: Dr. RUTH ACENG WORRY ABOUT PEOPLE COMING FROM SOUTH SUDAN, KENYA TRUCK DRIVERS WHO SNEAK TO SUDAN AND COME BACK AND DIED IN UGANDA