The question that raises an eyebrow, how does Aswa ranch land was converted from leasehold to freehold? The Acholi Parliamentary Groups (APG) query the management of Uganda Livestock Industry. The document avails to APG, whereas the transaction record into the contested Aswa ranch land deals has remained scanty, NAGRC &     DB had acquired 25,516.607 hectares of land in the area.

Yet another scanty sticking issue there was a fraud in the process of land transaction which was turned from leasehold into freehold from the land Commission Office in Kampala.

The Uganda Wildlife Authority UWA, and communities of Nwoya district, west Acholi have been left in limbo, the UPDG army generals have reallocated themselves 1,294 hectares of land in a lucrative animal’s corridor which has caused uproar as several crops in the garden were destroyed in the mayhem.

GULU CITY-UGANDA: The former UN Under Secretary for Children Affairs Dr.  Prof. Olara Otunnu in years 2005 warns that the underground planned to alginates Acholi ethic grouping was in the making, in 2005 over 1,000 children was reportedly dying every week in the former Internal Displaced People’s Camp in Northern Uganda.

Dr. Olara Otunnu accused President Museveni, the commander In-Chief of UPDF of carrying out an earth to scorch operation in Acholi sub region that later now turned to environmental degradation by cutting every tree in Acholi land.

“ What is happening in northern Uganda is totally an internationally recognized crime where acts are committed with the intent to destroy, in whole or in part, a national, ethnic, racial, or religious group.”Dr. Olara Otunnu says.

“In 2012president Museveni gave a directive to Uganda Livestock Industry to allocate NAGRC and Banuti Company Acholi ranch and Aswa ranch, under leasehold and freehold respectively, we want illegal land transactions to be converted back to us.

However, John Livingstone Okello Okello dismisses the claims by Uganda Livestock Industry who were running Aswa ranch on behalf Uganda Development Cooperation, how can that happen since they had not been filing their company financial return.  Because for the last 30 years, they have failed to file financial reports.

“That claimed by Uganda Livestock Industry this a fraud, under1995    Uganda Constitution the land has been reverted to Acholi community. Okello Okello reasoned.

Ojara Martin, appeared on Radio MEGA FM, Saturday popular talk’s shows called Te-yat to clear who own Aswa Ranch 105,400 acres of land which is being daub that President Museveni distributed among UPDF army’s officers who helped him to come to power in the five years bush war.

Ojara says when they confronted the management of Uganda Livestock Industry who currently holding land title of Aswa ranch Robert Ayene to tell them the situation of Aswa ranch.

The government of Uganda gave NAGRC to use Aswa ranch to improve the quality of cattle in Northern Uganda, as the government embarked on restocking cattle in 2012.

Ojara Martin revealed that the Director of Uganda Livestock Industry Dr. Ayene says in 2012 Parliament created to all the ranches including Aswa ranch that was given 3 billion shillings to NAGRC to buy cattle for improving the breed of animals and reconstructing infrastructure in Aswa Ranch, the 3billionshllings was given to all the ranches in the country.

NAGRC Institution in 2012-2013 when NAGRC came in conflict of Interest started, there are some people who went to President Museveni and say they have expert’s specialist in farming, this is when we met Uganda Livestock Industry who say those individuals’ people wanted land, Ojara argues.

The government gave directive to us to give land to individual’s people, let me says it was President Museveni who gave land to the individuals, they were directed to Hillside to least 50 hectares of land in Maruji ranch and according to the directing Uganda Livestock Industry 54 square mail land in Lango sub region, the least offer is for 50 years.

And information that Maruji land be used for producing plum oil which they are using for overhead irrigation.

They also got information to transfer10 hector of land National Agriculture Research Organization for investment, the third instruction they were given directive to give Ziwa ranch in Nakasongola district for keeping cattle. Later, we got instruction from President Museveni that there also another ranch in Bunyoro called Royal Ranches, we got order from the President to give least to King of Bunyoro, Ojara narrates.

According to Ojara Martin when he was speaking at Radio MEGA FM, he says. Aswa ranch issues is a bit implicated, the Board Director of Uganda Livestock Industry reveals to them that they were given instruction to give Banuti 10 square mail APE the power dam in Angagura 40 acres of land for constructing permanent building

Frank Tumwedaze, Agriculture minister wrote a letter to the President following three-month famine in the country, asking President Museveni to allow some individuals who have money to open big farming.

Later, President Museveni directed all the districts in Uganda through their respective Chairpersons to allocate land for mass agricultural productions.

And Aswa ranch many UPDF generals took up the Presidential initiative which also entered into Aswa ranch opening farms,

Ojara also says they have learned that NAGRC companies who were supposed to be producing improved breed and also semen to improve local cattle in Acholi Sub Region have so far failed to implement their roles.

“There was an attempt by some individual people who frauddenly wanted to turn the land in question from a leasehold to freehold” Nyeko revealed.

According to Senior Land Officer Pader district, Julius Nyeko argues that the affected 10,000 hectares would later be erroneously leased out by the Uganda Livestock Industries to those foreign companies and the   UPDF army officers who are currently forcing the community.

Santa Okot, the area MP, for Pader North county who also sits in Parliamentary Land Committee categorically says the land fraud which is taking place in Aswa ranch never appear before the Parliamentary Committee says is planned move by the government to grab the land from community, using government project.

“Uganda Livestock Industries died without an   heir, but even if it was allocated land in the 43 years ago, it remains an absentee landlord and by law, it can’t now evict the occupant.” Okot warns.

Amony a mother of seven hail from Bur-lobo in Angagura Sub County, Pader district, she says over 10,000 residents have been affected in fuse,

“Am one of the people in Angagura Sub County who is facing eviction by the current president Museveni directive on a project to improve food security in the region where our sheer-nut trees are being destroyed with impunity” Amony lamented.

“When we asked the Director of Uganda Livestock Industry why NAGRC controlled Aswa ranch, to allow Army generals, Dr. Ayene say, NAGRIC have asked Uganda stock Industry to give them autonomy through the Attorney General, which the Attorney said no, we have asked them if you are the manager of NAGRC in Aswa ranch would you be allowing anyone there?”

“President Museveni in a letter dated July 14, 2022, directed the whole government starting from the office of the Prime Minister and the ministry of finance to implement the activities.

This follows a letter by the Minister of (AAIF) Tumwebaze dated July 13, 2022 to President Museveni calling for deliberate intervention to boost food production in the country. On August 1,2022, the cabinet met at state House Entebbe chaired by Museveni, resolved to boost food and animal feed security in the country.” sources revealed.

Many people who talk to Black Star News condemned MPs from the regions including Acholi Parliamentary Groups that are playing ping pong, including Anthony Akol, the Chairperson of APG, who has been playing public relation only.

Got Apwoyo is the epicenter of land grabbing, 1,294 acers animals corridor has been not spare.

Judith Omal Tugume, a mother of 7 years old, told Black Star News says her four hectares of crops have been destroyed in the melee.

Tugume, she is the victims of land grabbing, yet in 2007 when she resettled back from Internal Displaced People’s camp.

By 1964, the UDC was agitating to have big land in Acholi district for create ranches, the question by that time, the problems of Tsetse fly were so rampant.

By time there were 50 Acholi District Councilors when they passed bylaw or ordinances, it would be ascended by Acholi paramount chief Rwot Phillip Adonga Laloyo Maber.

So, when the issues came, the place was identified to be in Aswa County which stressed from Acoli-bur up front to Patiko Sub County.

Thus, the Acholi district gave 105,400 acres of land to UDC, of which UDC gave the land to Uganda Livestock Industry as subsidiary.

Now, NAGRC who is collaborating with Uganda Livestock Industry changed the least hold offer which was 99 years to free hold without consulting Pader district authority.

“The question that raises an eyebrow, how does Aswa ranch land was converted from leasehold to freehold, The Acholi Parliamentary Groups query the management of Uganda Livestock Industry why they converted Aswa Ranch. They converted Aswa ranch hectares 15,930.461 hectors in Lamwo district while 25,939 hectors in Pader district.” The two MPs from Acholi sub region discovered.

Anthony Akol the Chairman Acholi Parliamentary Groups (APG) raise the question, if President Museveni is busy distributing Aswa ranch to Hillside Company, NAGRC and UPDF army generals, does it means some individuals who have ranch in Omel Sub County, the likes of Okumu Ronald Reagan, Alphonse Nyeko, and Eng. Obura and other people who have big ranches in Nwoya district would not be allocated Aswa ranch.

Hilary Onek Obaloker, Minister of Deserter & Preparedness says over the weekend that his village in Palabek Lamwo district has been affected by the current Aswa boundary reopening.

“I am also the victims, but we need fair playing. Originally the boundary of Aswa ranch did not reach where it’s” Minister Onek urged.

Livingstone Okello Okello, the former Land Commissioner and also former Member of Parliament for Cuwa County in the8th parliament says in 1964 when the Acholi district gave their land Uganda Development Cooperation, the condition was for a leasehold offer for 99 years old. And since the UDC gave Aswa and Acholi ranches to Uganda Livestock Industry, that land was least offered since it expired, according 1995Uganda Constitution land goes back to the people.

“As I talk now, since Uganda Livestock Industry did not comply with company registration for 30 years that they did not file annual return, they do not own Aswa ranch and Acholi ranch. Okello warns.

According to Col. Obwoya Oyat,  the current Pader District Chairman, who appeared together with Ojara Martin, says they have taken Uganda Livestock Industries to court as district for changing both Aswa ranch and Acholi ranch land title from leasehold to freehold without contacting Pader district.

“We need to work together with Acholi Parliamentary Groups MPs to pursue legal court redress, and if we can get Lawyers from Acholi community to take legal action it would be for the interest of our people.” Col. Obwoya Oyat.

However, the Black Star News independently investigated the land grabbing by UPDF generals and discovered that, Col. Obwoya Oyat, the Chairman of Pader also grabbed 100 acres out of the 10,000 hectares from community and he has deployed UPDF soldiers with many tractor son cultivation and also cutting down sheer-nut trees. 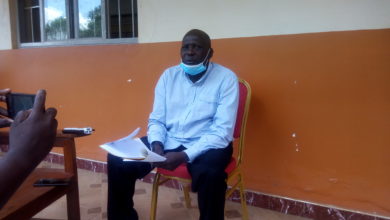 UGANDA: HEALTH MINISTRY WORRIES OF MORE DAYS OF LOCK DOWN AS HOSPITALS DRY OFF WITH PATIENTS 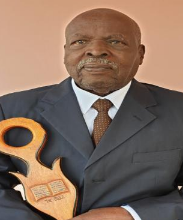 UGANDA: ONLY HONEST DIALOGUE CAN SAVE UGANDA-NOT SHAM ELECTIONS 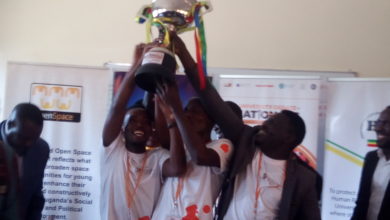