“We have seen how useful Olanya is in Parliament and we need him more than we need anybody else in that position” Otto explains.

His surprise statement on Monday at Royal Palace of Acholi Chiefdom has contradicted his earlier and constant criticisms on the leadership of the of the Deputy Speaker in Parliament for years.

The 70,000 US Million dollars bus was lobbied by Jacob Oulanyah through President Museveni to supporting Acholi team.

“We would like to thank President Museveni as Acholi Parliamentary Group for supporting our team” Odonga in statement.

The proposal was highly endorsed by both the NRM loyalists and the Acholi Paramount Chief Rwot David Onen Acana II.

GULU-UGANDA:“First of all I want to thank you Jacob Olanya for accepting my appointment to becoming the Patron for Acholi Province and I want also to thank President Museveni for this support” Rwot David Onen Acana II.

Acana also urged the people of Omoro rally behind Jacob Olany to retain his Parlnmentary seat in 2021 general elections.

“I have known Olanya while we were students at St. Joseph College Layibi, he is a fighter and you cannot defeat him and we must support him to do more for the country and Acholi in particular” Acana explains.

He has also advised the locals to identify good allies to work with for the development of the region and urged the subjects to join and position themselves in all political parties to supporting the interests of the people of Acholi.

However, Acana has discouraged people from fighting, criticizing, and attacking those they have entrusted to represent them saying such situation is frustrating development in the region.

The Chief urged the MPs in the region to lobby for development and support in the region citing on the Aruu County MP Odonga US dollars 60,000 to supporting St. Mary’s Hospital Lacor.

He commended the National Conference for supporting the local chiefs to move through Murchison National Game Park to see the famous “WANG JOK” whose impact has not been felt in Acholi land but only the Bunyoro yet the historical site is in both Acholi and Bunyoro.

Oulanyah who just sat in the tent next to the Chief representing the President in the occasion neither said anything concerning 2021elections but was filled with relief on the planed move to supporting him.

“When I saw my appointment to becoming the next patron of Acholi Province, it didn’t take me a minute to endorse my commitment” Oulanyah told the gathering.

He thanked the Paramount Chief for appointing him to steer the Acholi Province and also thanked his predecessor Mr. Dan Kidega, the former Speaker for the East African Legislative Assembly for the good leadership he provided that promoted Acholi Province to a higher level.

He says, his first commitment to the team was to use the opportunity in the celebrations for the victory of Hon. Catherine Lamwaka to ask President for a bus to supporting the players.

“Your highness, I told the President that we already have 10,000 US Dollars to buy a bus and I asked him to support us with 60,000 US dollars even if I knew we had no single coin” Oulanyah revealed.

He pledged for more support and commitment towards sporting talent development through games and sports in the region.

Oulanyah also commended FUFA for the initiative undertaken to promoting football in the grass-roots saying such initiative must be founded and supported by the government wholeheartedly.

“ I saw the game played between West Nile and Acholi here in Gulu and the level of unity demonstrated and I realized through football we foster a national unity for which I told the Prime Minister about” Oulanyah explains.

Dan Kidega, the former EALA and Chairman Atiak Sugar has reaffirmed their annual contribution of UGX50 million to supporting the Acholi province.

“There is no better place where FUFA drum stands for than in Acholi Province” Rogers Baymukama, the Chairman FUFA commences.

However, he revealed that the federation is challenged by the inefficiency of transport and urged the Deputy Speaker to also lobby President to support them equally.

He further explained that the idea of FUFA drum was nurtured because football was getting disconnected with the masses adding that the drum will help promote local tourism and talent development.

He also appealed to Parliament make to enact the new law that governs the Uganda Football Association, saying the current law doesn’t allow FUFA to raise fund to finance its activities. 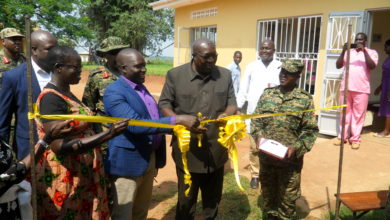 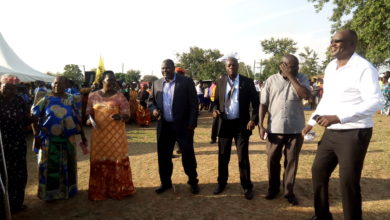 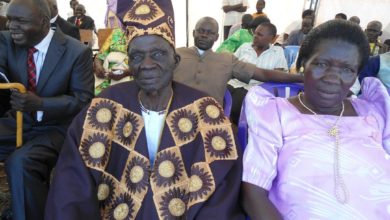