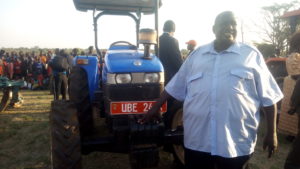 Deputy Speaker Jacob Oulanyah, the MP for Omoro County  lost his temper during Women day celebration of Omoro district that took place at Odek Primary School on Friday March 13th 2020 where He ordered John Bosco Akera who is the CAO of omoro county to explain to the resident, why about UGX 800 million that was to be used for building Ogwari Bridge.

Come and tell us why Ogwari Bridge was not build when I have sent UGX 800 million, what about additional fund of UGX 800 million I have sent for completion of district administrative block, and also another UGX 800million fund meant for building Omoro District Council hall, why has the construction not commenced.

Don’t blame me for poor road network, even Rwakatura the county state lodge of president Museveni is still in poor condition.

OMORO-UGANDA: Gulu Moroto road is a torn in a flesh; it has become political campaign tool for the new political comers in Omoro County. The People Power Movement political aspirants Okot Abok Sacondo and Eng. Odonga Terence they are using it to mudslinging the Deputy Speaker Oulanyah.

At about 7.30 PM local time, the motorcades of the Deputy Speaker Hon Jacob Oulnanyah was escorted with matching band and Odek Sub County, boda bodas to  Odek Primary School characterized with drama of excitement by the Omoro Community  by both school children from Milton Allimadi Primary School located in Koro Sub County and  Ongako Kweyo women group.

Jacob Oulanyah who talked to the pupils at round 4.00PM local time could not hide his disappointments saying  why, Moroto Road one of the oldest government road in the region is one of the poorest road.

Odek Sub County where the function took place is  a distance of 74.8 kilometer from Gulu City has not been worked on for years due to corruption despite the fact that he has been   sending the fund, this has led to a mockery. Every Tom Dick and Henry  is castigating him for the poor road. And yet Moroto road is one of the oldest road networks in Northern Uganda, but has not seen tarmac construction.

He told  the audiences that when you see this road has not been constructed up to today, he has been working very hard to see it get trarmac, now Moroto road will be work on, the only things is they have advertisted it, but still waiting for procurement.

Oulanyah said the  Bwola group of Puranga chiefdom has got something to remember for, his speaking was entailing that the poverty has capture community, he told celebrants during his address.

He added on that  Moroto road which  he has been looking for fund since the time when  Alex Okello Bwangamio was still the PS for the ministry of Works, but when he asked  president Museveni about the road, President responded that even his road of  Nmbosizi Ranch has not been tarmac.

“President Museveni advised him  that  Moroto road would be  work on for five years as the first maram  until when the government have got the funding.

He warns those who have been engaging in corruption  that they will be dealt with, citing  the construction of Acet Health Center II, the building is taking place with first construction started without beginning with  the foundation, the building  is sub standard as the floor are not ramped with concretes.

He says recently  some UGX 800 million he forwarded  for constructing of Omoro district Council hall, he asking CAO if the fund did its rightful purpose meant for, there are those whose  work is to  look for money from the government and there are others whose  work are to embezzle public fund for their personal benefit and development; one day I will man handle somebody, Deputy Speakers roared.

The Deputy Speaker wondered why Aromo bridge construction was delaying for a year until when he contacted Ms.  Kazinda  and she drove all the way from Kampala to  Aromo to check on the  Bridge, what is wrong with Omoro CAO?

Sometime we lobby fund from Uganda national Road Authority [UNRA] for  work to be done  on Moroto road, but when the Excavator killed a kid some three years a go during the road construction, UNRA engineering  department had to pull out because of that incidence . Thanks to the Puranga chief, Rwot Ochan Luwala for the intervention in the matter  through mediation.

However he attack the district official who always awarded for themselves contract, which is lucky enough that the official of Omoro district have not been engaging in, condemning the act, says that such occurrence  of act will not happen in the district.

Oulanyah  explained how the current and the ruling government have empowered women a case in point, Oulanyah revealed that although the Women  Day’s celebrations is happening today, but  in 1962, there was a woman called Jerodina Auma, who was the founder of Koch Kweyo women Cooperative Society.

he revealed that Auma Amuna never went to school, but she became a good  educator because by that time  she new the value of education.

“cant you imagine if such women  were there who could stand up to defend women affirmative, and yet by that time there was no  affirmative Action programs, which was brought  later on by this regime, Jacob Oulanyah stunned the celebrants.

thus, in the past  Acholi respected  women and there words were  final when a man  leaving for hunting or war wpman must consent.

There are girls who will come that they will not need  affirmative Action, giving example of women who did not go to Uganda Parliament through transformative action , but they are  there 30 women members of parliament who are directly elected, let us groom those girls.

“During my studying in Makerere University, my professor told us that it  will come a time in uganda when all girls have achieve  degree education, those girls will acquire better standard of education that they will choice who to marry them, what kind of job they  want.to have, they will live in a four bed rooms house, two children and a four wheel  care.

Catherine Lamwaka, the Women Member of parliament for Omoro district says that the women day celebration show that the current government of NRM is promoting girl child and women and education

But she appeals to her fellow women that they must diligently enforce their duty of  womenhood  and  work  together to attain their full . We must join hand with men.

She adds on that women should not wash their dirty lenient in public, you should not be a turn coat to your fellow women, Lamwaka warns.

“Let us work hard to unit so that men also fear us, when  we are united we are  strong, when we are divided we become weak. I am also appealing to men that together we can. You men be careful when you beatten by your fellow men, don’t turn your angry towards your lady.” Lamwaka warns.

Observing that Uganda have weak law that is why the abuses of  girls child is rampant, most men toughs  that girl child who are at the age of 17 years old, they are targeting them to get conceive, by the time they clock 18 years old, when they are expectant mother it would be easy to convene their parents and instead of  poverty their parents would allow them to be married off..

UGANDA: PROSTITUTE HAD SEX WITH POSITIVE COVID-19 IN GULU, HER CONTACT STILL AT LARGE. 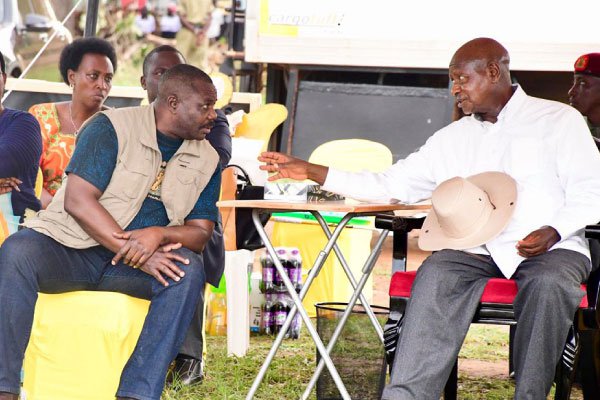 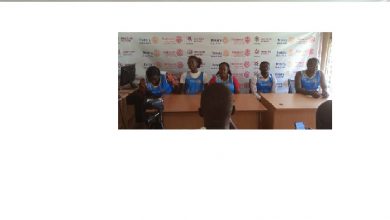